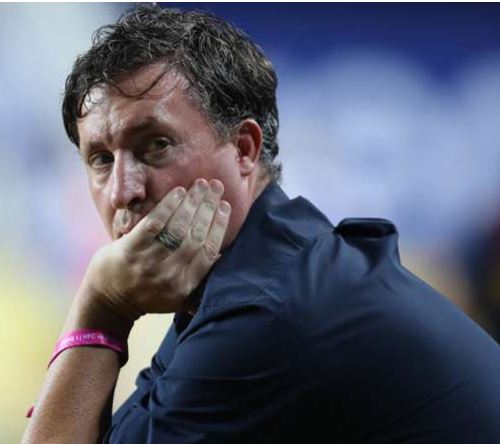 In pursuit of their first win in the Indian Super League (ISL), Robbie Fowler’s East Bengal are set to take on Chennaiyin FC on Saturday at the Tilak Maidan Stadium, Goa.

The Red and Golds are struggling in their maiden ISL season and have just two points from their first six matches. They came agonisingly close to registering their first win of the season in their last game against Kerala Blasters but Jeakson’s last-gasp equaliser spoiled their party.

Coach Robbie Fowler, though, claimed that conceding last-minute goal against Kerala Blasters has not affected the players’ mentality and he is hoping to get a positive result against Chennaiyin

“The moral of the team is really good. At times we are unlucky and it is unfortunate that you concede a goal in the last minute but our lads worked really well. We had lots of chances and we could have won the game quite convincingly but football is like that. There are ups and downs and we have had plenty of downs at the moment but the morale of the lads is brilliant and hopefully, we will have a lot of ups starting the next game,” said the East Bengal gaffer.