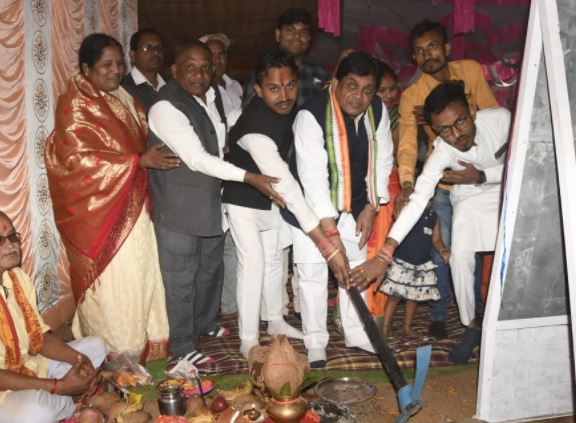 On this occasion, he said that under the leadership of Chief Minister Mr. Bhupesh Baghel, development works are being given momentum in the state. Approval has been given to connect all government buildings in the state with the main road. Under the Chief Minister Sugam Road Scheme in Arang area, the road will be constructed by the Public Works Department from the Government Building to the main road. This will make it easier for everyone, including school students, to travel. He said that development of villages along with the city is in the priority of his government. In every village of the state, work is going on to provide water in every household through the tap-water scheme. He said that the government is constantly working in the interest of the village, poor and farmers and laborers. The area will be taken further in the path of development by creating a new Nagar Panchayat. Therefore, the temples of the Arang region, Hasaud, Samoda and Chandkhuri have been made a Nagar Panchayat.