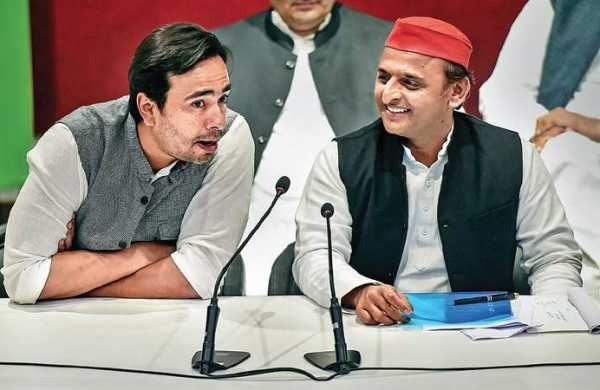 By Express News Service
LUCKNOW:  With the 2022 assembly polls just seven months away, politics has started heating up in the Jat land of western Uttar Pradesh.

Once the dominant player in the politics of the sugarcane belt of west UP, the Rashtriya Lok Dal (RLD) (which like the 2017 assembly polls and 2019 Lok Sabha polls will contest the next elections in UP with prime opposition Samajwadi Party) has started working to regain the political space lost to the ruling BJP and the Mayawati-led BSP.

Eyeing to woo back its once loyal Jat voters, who are 25% of the electorate in the sugarcane belt along with the other castes and communities, including the Gurjars, Tyagis, Brahmins and Muslims, besides the crucial Dalits, the young ex-MP Jayant Chaudhary led RLD launched on Tuesday, a series of Bhaichara Sammellans to build a rainbow of castes and communities to revive its political fortunes in the landscape once ruled by its stalwarts, including ex-PM Chaudhary Charan Singh and his ex-union minister son Ajit Singh.

The first of the series of Bhaichara Sammellans was launched from Khatauli Vidhan Sabha segment of Muzaffarnagar district, which is the home district of ongoing nationwide anti-farm laws agitation’s public face and Bhartiya Kisan Union (BKU) spokesperson Rakesh Tikait.

Importantly, the Samyukt Kisan Morcha, the umbrella under which the ongoing farmers’ stir is underway, has announced holding Kisan Mahapanchayat in the same Muzaffarnagar district of West UP on September 5. It has also announced to hold demonstrations across UP and Uttarakhand, including Lucknow.