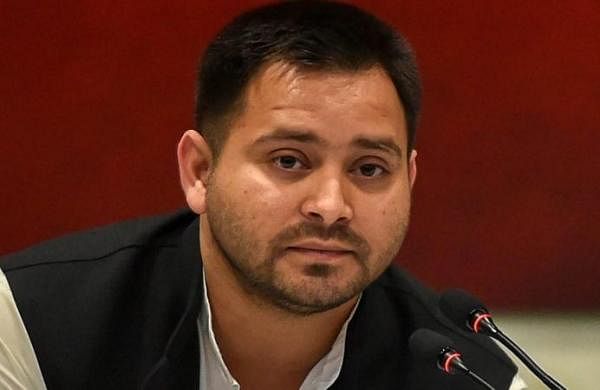 PATNA: RJD leader Tejashwi Yadav on Sunday launched a blistering attack on the Nitish Kumar government in Bihar, accusing it of “protecting” the alleged perpetrators of a couple of high-profile murders that took place in the state in the last couple of days.

Rintu Singh, whose wife is a member of the Zila Parishad in Purnea, was shot dead by unidentified assailants on Friday night, and bereaved family members have named a nephew of minister Lesi Singh as the prime accused.

Yadav challenged the government to cull out the “call details record of Lesi Singh and the SHO of the police station concerned”, alleging that the same would point towards the involvement of the cabinet member herself.

He also blamed the “health sector mafia” in the state for the murder of Buddhinath Jha alias Avinash Jha, who had gone missing a few days ago and whose charred body was recovered from a secluded spot in Benipatti police station area of Madhubani on Friday night.

Family members of Jha have lodged an FIR, alleging that the deceased had exposed many hospitals and nursing homes running illegally in the district and that those involved in the businesses had got him kidnapped and murdered.

The RJD leader also blamed the government for the hooch tragedies that claimed more than 40 lives in West Champaran, Gopalganj, Samastipur and Muzaffarpur districts around Deepawali, alleging that illicit liquor business in the dry state was “thriving, with full support of political leaders in the ruling coalition and the administration”.

“An impartial probe into all such crimes may land all legislators of the ruling NDA behind bars. They will end up being brought in prison vans to attend sessions of the House,” Yadav said with a rhetorical flourish.