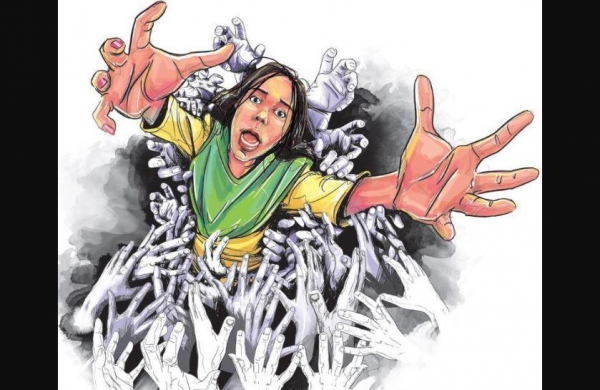 Express News Service
LUCKNOW: A town of around 35 lakh people, Unnao is only 70 km from the state capital Lucknow. The peculiar downside of the semi-urban district — crime — brackets it with notoriety that even the tough Yogi Adityanath government has been unable to tame.

Crimes against women have spiralled with law and order emerging as a major challenge for the four-year-old BJP government in the country’s most politically dominant state.

While two of them succumbed to alleged poisoning, the third is undergoing treatment at a Kanpur hospital. After remaining on life support for almost a week, the survivor has recorded her statement.

The case is a potent tool for the opposition to censure the Yogi government, especially on women’s security.

Unnao has hit headlines several times in the last three years for reporting heinous crimes against women. When the BJP government completed its first year in office in 2018, the infamous Makhi rape case drew widespread outrage at national and international level.

A minor tried to commit immolation in front of the Chief Minister’s house in seeking arrest of then Bangarmau BJP MLA Kuldeep Singh Sengar and his cohorts, accusing them of her rape and custodial death of her father. She charged Sengar with prevailing over Makhi police station officials and getting her father beaten to death in the lock-up.

The case led to nationwide outrage and demonstrations that finally prompted the state government to recommend a CBI probe. The CBI made Sengar the main accused. He was later convicted by a special CBI court and was awarded life sentence which he is serving in Tihar Jail in Delhi.

While the local people blame the police for the state of affairs, political commentators say the state government efforts to ensure women’s safety were limited to only urban areas.

They say that in villages, there is a need to chalk out a fresh strategy that involves senior citizens to speed up resolution efforts.

“The police in Unnao have become completely politicised. They do not move unless allowed by their political bosses. This attitude encourages criminals,” says senior advocate Kalinath Shukla, a resident of Ajgain.

“The state might have taken many steps but an incident here and an episode there would often upset the whole scheme of things. Moreover, Uttar Pradesh is a huge state to manage,” says Prof AK Mishra, a political scientist of Lucknow University. While the police authorities claim that the number of crimes against women has gone down in the state, Unnao is a notorious standalone.

​With the state assembly elections are a year away, the incidents like the Unnao poison case, a Dalit woman being burnt alive by five men of a Thakur family, or the acts of the likes of Kuldeep Sengar will continue to fuel belligerence in the opposition camp.

As many as 1,003 cases of crime against women committed in Unnao in 2019 alone, according to the NCRB

A man along with his wife and son murders his daughter under Hassanganj police station area. All three were arrested. Trial is on.

A pregnant woman was strangulated and her body burnt with petrol. The victim remains unidentified till date.

A woman burnt alive after gang rape in a village under Bihar police station area. The victim dies at Delhi’s Safdarjung hospital. The case  is in fast track court.

A rape victim immolated self in office of the Unnao SP against IO’s alleged laxity which led to granting of bail to her perpetrators. Victim died later.

A minor was raped and murdered under Bihara police station area. Police took four months to round up the culprit. Trial in court.

The nephew of a deceased gangrape victim kidnapped from Bihara police station area. Five accused held and sent to jail. The child is yet to be rescued.