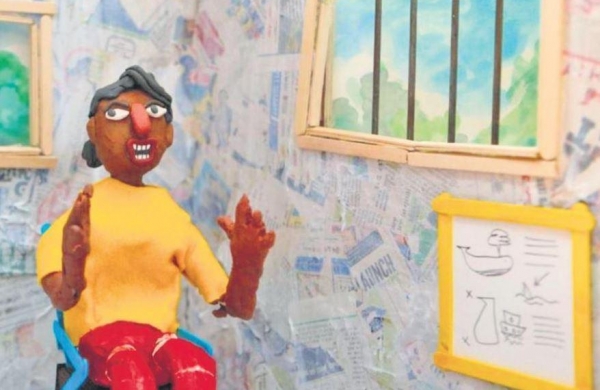 ​It is part of the annual One Billion Rising (OBR) global campaign, founded by Eve Ensler in 2012 to end sexual violence against women.

It will be held online for the first time, curated by Reena Mohan and co-organised by Aanchal Kapur from Kriti Film Club. The festival explores women’s ties to nature, agriculture and the environment.

Part of the organising committee is Kamla Bhasin, South Asia Coordinator, One Billion Rising, actively engaged with development, gender, education, media and other issues since 1970.

Bhasin works with the feminist network Sangat and is an active member with Jagori, a Women’s Resource and Training Centre and Jagori Rural Charitable Trust.

What is this festival about?

It is to encourage conversations and discussions on how we choose to live and to learn about other people’s adventures. Through this, people can explore a different, better, greener and more equitable world. We have divided it over four months as we did not just want to hold a festival, screen some films and leave it there. We will have conversations which will dive into the issues presented in the films.

The programme is divided into four themes. What do these convey?

These were chosen carefully by the curator to categorise the films and to touch upon many intersections of women and the environment. While Cosmic Connections portrayed women and nature; Fields of Sorrow, Fields of Hope will showcase films on women and agriculture; the Community and Sustenance theme will see movies in relation to women and food; and Moving Mountains is about women and solidarities.

How is this year’s campaign different?

Valentine’s Day, is celebrated as OBR Day and our key slogan is also Not Love of Power, Power of Love, as our central belief is that only love can end violence. Every year, we celebrate it as a public cultural event, reaching out to the uninitiated to interest them in issues of gender justice. This year, we will do that through the film festival. The theme of the February screenings links to another campaign, Property for Her by Sangat, on women’s ownership of land. There will be 10 films and nine community videos.

What’s the role of Reena Mohan and Kriti Film Club in organising the festival?

Curator Reena Mohan has handpicked the 48 films from 11 countries, conceptualised the themes, and categorised the films. And Kriti Film Club is a longtime OBR Delhi partner, and founder Aanchal Kapur and her team have brought the festival online at doculive.in. They will conceptualise conversations at the festival.

How long have you been associated with the OBR campaign?

Around when we began, i.e. 2012, World Health Organisation reported that out of every three women in the world, one experiences violence. OBR is neither the first nor the last campaign against Violence Against Women and Girls (VAWG). Since the beginning, OBR has used creativity to mobilise with our slogan, Strike Dance Rise. We sing and dance as survivors, not as victims.

Do you think the festival will help curb domestic violence?

The campaign is a push against capitalist patriarchy because it is a system that works on endless exploitation of nature and makes violence against women and girls necessary for its perpetuation.