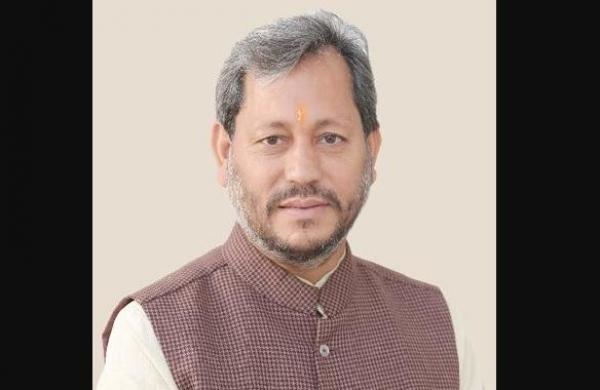 By PTI
DEHRADUN: Amid uproar over Uttarakhand Chief Minister Tirath Singh Rawat’s ripped jeans remark, his wife defended his statement on Thursday, saying his words were not being presented in full context.

In a statement through a video here, Rawat’s wife Rashmi Tyagi said that the entire context in which he made the comment is not being described.

“He (Tirath Singh Rawat) said that women’s participation is unprecedented in building the society and the country. It is the responsibility of the women of our country to save our cultural heritage, save our identity, save our costumes,” Rashmi, who has been Miss Meerut, clarified.

At an event on Tuesday, Rawat criticised women for wearing ripped jeans and wondered what values they will impart to their children, triggering a protest from opposition parties.

The Uttarakhand chief minister said due to a lack of values, youngsters these days follow strange fashion trends and consider themselves to be big shots after wearing jeans ripped at the knees, while women also follow such trends.

He said youngsters go to the market to buy ripped jeans and if they do not find one, they cut their jeans using scissors.

Rawat went on to describe the attire of a woman, who once sat next to him on a flight.

He said the woman was wearing boots, jeans ripped at the knees and several bangles in her hands with two children travelling with her.

“She runs an NGO, goes out in the society and has two children, but she wears jeans ripped at the knees. What values will she impart?” he asked.

In a statement, Uttarakhand Congress chief Pritam Singh termed Rawat’s remarks “shameful” and demanded that he apologise to women.

State Congress spokesperson Garima Dasauni added that it doesn’t behove a chief minister to make a derogatory remark about someone’s sartorial choices and said such comments can hurt public sentiment.

Rawat did find support in his party colleague, Surendra Singh, MLA from Bairia in Uttar Pradesh.

Men and women, he said, need to wear “decent clothes” and women, especially daughters, are the family’s “prestige” and must behave in a dignified manner.

In a reply to Prime Minister Narendra Modi’s tweet congratulating Rawat on his oath ceremony as Uttarakhand CM, RJD leader Rabri Devi blasted the ruling party for trying to define identity and culture through one’s clothes.