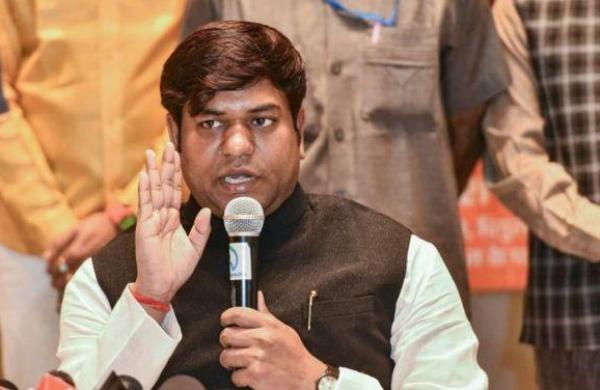 Express News Service
PATNA: All is not well within the ruling NDA in Bihar. The cracks within the allies were evident on Monday when Mukesh Sahni, chief of Vikassheel Insaan Party (VIP), boycotted the NDA legislature meeting chaired by state chief minister Nitish Kumar. The meeting was called to discuss strategies to corner the Opposition during the next four days of Monsoon Session.

The NDA legislature meeting was convened after the House was adjourned. Mukesh Sahni and his MLAs did not attend the meeting despite being present in the assembly after adjournment.

The boycott comes a day after Mukesh Sahni was not allowed to unveil the statues of late Samajwadi MP Phoolan Devi on July 25 observed as ‘Shahadat-Diwas’.

Though, Sahni denied this, he slammed the Yogi government for denying him permission in Banaras. “The VIP has boycotted the NDA meeting just because our party is not heard. Why should we attend if only BJP and JDU are heard and talked about at every meeting,” he told the media, further ruling out the possibility of resigning from the NDA.

“The NDA government-led by Nitish Kumar will go on but there should be a platform where every ally gets a chance to sit and talk together on any issue,” the VIP chief said.

He further stated that the time has come for him and HAM chief Jitan Ram Manjhi to sit together and think over these meetings, and announced that him and his party MLAs will continue skipping these unless he is heard.

“But the NDA government will continue to its full term. Our alliance with the BJP is limited only to Bihar. We are free to contest in other states, including UP, either alone or in alliance with any other like-minded party,” he said categorically, further adding that his party is determined to contest on 165 seats in UP assembly elections.

Meanwhile, sources said that the NDA in Bihar is falling into internecine differences over many issues. The BJP and the JDU are at loggerhead over the new pollution control policy and the caste based census issues with the HAM supporting the JD-U.

Expressing his anger against UP BJP, Mukesh Sahni said that on one hand Prime Minister Narendra Modi claims to be working for ‘Sabka Saath, Sabka Vikas’, but the same is not seen in Yogi government’s state. “When we went to UP to unveil the statues of Phoolan Devi, we were stopped. Only CM Yogi can tell us why he did not allow us. Yogi Adityanath is BJP’s face and we don’t expect him to act like this,” Sahni said.

Bihar BJP Chief Dr Sanjay Jaiswal said that Mukesh Sahni is a part of NDA family and everything will be sorted out soon.

Meanwhile, Mukesh Sahani has reportedly received an offer from Congress MLA Pratima Kumari to leave the NDA and join the Mahagathbandhan.

Even Samajwadi Party MP (RS) from Uttar Pradesh Vishambhar Nishad has invited Mukesh Sahni to its fold and fight in the upcoming Uttar Pradesh polls.