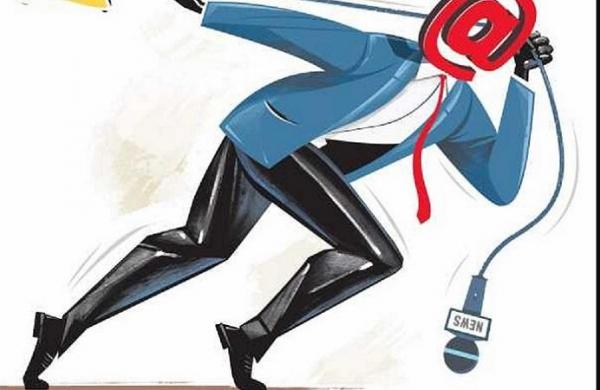 By Express News Service
NEW DELHI:  The Editors Guild of India (EGI) said on Monday it has written to Prime Minister Narendra Modi, I&B Minister Prakash Javadekar and IT minister Ravi Shankar Prasad to revoke the recently issued rules to regulate digital content. The Guild, in its letter written on March 6, urged the government to hold ‘meaningful consultations’ with all stake-holders for a “constructive approach” in line with “constitutionally guaranteed freedom of speech and expression”.

“Given your public commitment towards protecting freedom of speech and expression in India, we urge your urgent intervention in revoking these rules…,” the guild wrote. “The most alarming aspect of these rules is the cumbersome three-tier structure to regulate digital media, with an ‘Inter-Departmental Committee’ at the top, and excessive powers being given to a government officer to block, modify and delete content.

Various other provisions in these rules can place unreasonable restrictions on digital news media, and consequently media at large. These rules have been brought in without due consultation with the stake-holders and deepen the worry that freedom of press in India is being seriously compromised,” said the letter. It said a delegation of the EGI would be happy to discuss the issues with PM Modi.

In its letter to Javadekar and Prasad, the Guild attached a table containing comments on each rule affecting the digital news media. The rules were announced and notified without consulting any stakeholder, including EGI, it pointed out. Describing the new rules as “onerous and regressive”, the Guild said they would inhibit the digital news media from fulfilling its obligation as the ‘Fourth Estate’.