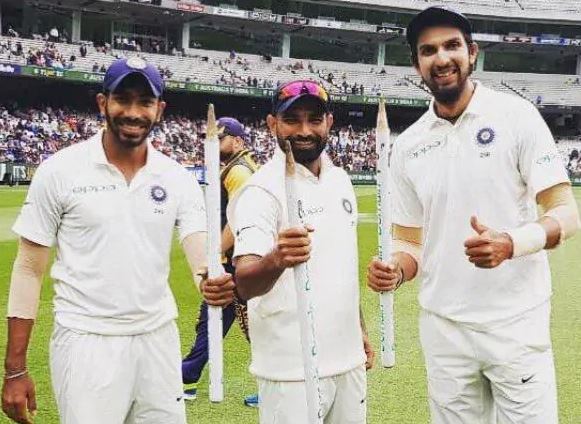 The Indian pace trio of Jasprit Bumrah, Ishant Sharma and Mohammed Shami had destroyed the Australian batting line-up with a lot of fast, swinging and accurate bowling during the 2018/19 Border-Gavaskar series. Bumrah, Shami and Sharma had combined to pick up 48 wickets at an average of 21.6 to play a major role in India’s historic triumph Down Under in 2018-19.

Jasprit Bumrah was India’s wrecker-in-chief as the Indian pacer bagged 21 wickets at an average of 17.00, which also included a five-wicket haul. Nathan Lyon matched the tally but was not able to have the same impact as Bumrah had for India in that series.

Shami and Ishant backed up Bumrah with 16 and 11 wickets respectively as the Indian pacers hunted in packs throughout the course of the four Tests. Ravindra Jadeja (7), R Ashwin (6), Kuldeep Yadav (5) and Umesh Yadav (2) all played crucial supporting roles.