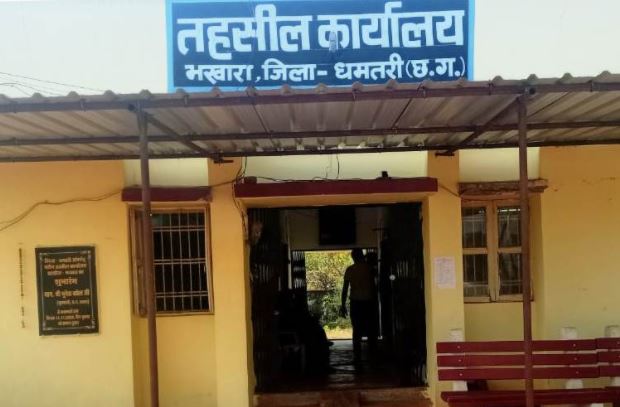 Chief Minister Shri Bhupesh Baghel gave the status of full new Tehsil to the Sub-Tehsil of Kurud Development Block in the last few days on 11 November 2020. The state government decentralized power in view of the troubles of the local people, under which Bhakhara Upatahseel was promoted as a tehsil. With this, the villagers of Bhakhara region will not have to cover the distance to Kurud for their revenue cases and works. Facilities will be made available locally to the 52 Gram Panchayats and 28 Mata villagers in 73 villages of Bhakhara to be made Tehsils. For various documents including caste certificate, income, residence, caste, villagers will not have to go to Tehsil Headquarters Kurud, 25 to 35 kilometers away.
Tehsildar Bhakhara said that Bhakhara was given the status of Upahsil on November 14, 1995, at that time there were 51 villages, 20 patwari mild, two revenue inspector boards. Now after getting the status of full tehsil, the number of newly established tehsil villages has increased to 73 and Patwari Hala has 28 and Revenue Inspector Board has increased to six. Similarly, there used to be 58 Kotwar and 49 Patels respectively in the sub-Tehsil Bhakhara, while now after the Tehsil was formed, the number of Kotwar has increased to 81 and the number of Patels to 71. He said that the population in Upathasil Bhakhara was 81 thousand 151, which has now increased to one lakh 09 thousand 283. Apart from this, the revenue area was 50 thousand 556 hectares, which has now become 28 thousand 483 hectares. Similarly, the number of account holders in Upathasil Bhakhara was 22 thousand 692, whose number has now increased to 30 thousand 713. In this way, Bhakhara’s arrival as Tehsil has saved the time, labor and money of the people of the area, while fixing a long distance for the execution of small governmental works also got relief.