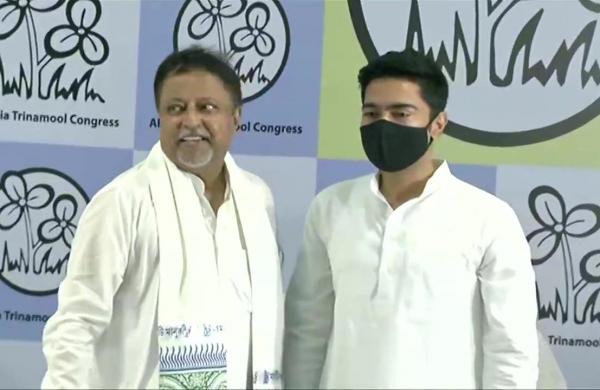 Meanwhile, the return of Roy and the possibility of others following him have caused unease among a section of TMC workers who are opposed to the induction of “traitors” who attacked the party while campaigning for the recent Assembly elections.

Concerns have mounted after former Trinamool Congress minister Rajib Banerjee, who is now in the saffron camp, held talks with TMC spokesperson Kunal Ghosh on Saturday. “Now he (Rajib) is criticising BJP for its divisive politics. But before the election, he organised a rally comprising Hindu hardliners and used the Election Commission against TMC workers in Domjur. He visited Kunal’s house but it doesn’t mean that he washed all his sins by taking a holy dip in the Ganges,” said Serampore Kalyan Banerjee, a TMC MP. Rajib contested from Domjur constituency for the BJP, but failed to win.

There is also strong buzz that former TMC MLA Sabyasachi Dutta, who joined the BJP, is set to follow his mentor Roy into the party. It was Roy, who is known for his ability to poach functionaries from rival camps, who brought Dutta to the saffron party.

Some in the TMC have already raised their voice against Dutta’s possible induction. TMC minister Sujit Bose is one of them. “The party will take the decision. But if the leadership wants to know my opinion, I will let them know my stance on his return,” said Dutta.

Even when Dutta was in the TMC, a rift between him and Bose had surfaced on many occasions. While campaigning for the election, Dutta had aggressively attacked Bose. Not just Dutta and Rajib, at least eight MLAs and an MP from north Bengal are expected to jump ship to the Trinamool Conrgess as an after-effect of Roy’s return to his old battle-pitch.