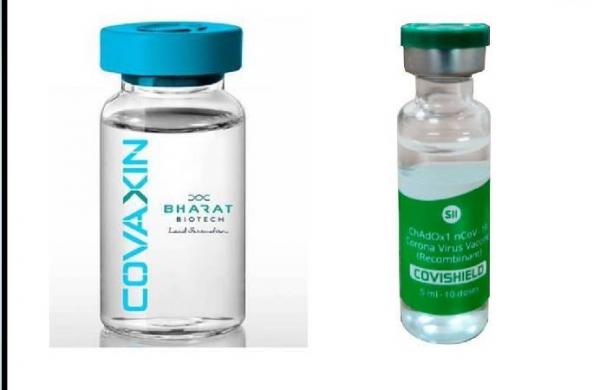 By Express News Service
NEW DELHI: While the vaccination drive started in the national captial on Saturday, doctors from central government-run hospitals continued to express their displeasure over vaccine being provided to them. While Ram Manohar Lohia Hospital Medical Superintendent Rana A K Singh took the first dose Covaxin by Bharat Biotech at the facility, the Resident Doctors’ Association requested the him to provide them with the Covishield vaccine produced by the Serum Institute of India.

In the letter, the resident doctors said that they were “a bit apprehensive” about Covaxin and might not participate in the immunisation drive in large numbers. “We have come to know that the Covid-19 vaccination drive is being conducted by the hospital today. Covaxin manufactured by Bharat Biotech is being preferred in our hospital over Covishield manufactured by Serum Institute.The residents are a bit apprehensive about the lack of complete trial in case of Covaxin and might not participate in huge numbers thus defeating the purpose of vaccination.

We request you to vaccinate us with Covishield which has completed all stages of trial before its rollout,” the letter stated. A security guard named Ramakant was the first one to receive the shot at the hospital. This newspaper has earlier reported that the hospitals in the city which are under the Central government, have been administered with the Covaxin while those under Delhi government and private ones have received Covishield.

A doctor from the Lady Hardinge Medical College who was assigned on vaccination duty said on the condition of anonymity that a person who was scheduled to get the vaccine on the first day backed off on hearing that Covaxin will be administered. “There are many who were eager to take it up but changed their mind last minute when they heard that it is Covaxin and not Covishield. There’s no harm in taking Covaxin, afterall it is an indigenous product but we are upset over such a decision. Our opinion should have been taken in consideration before wrolling it out,” the worker said.

Apprehensive about CovaxinIn a letter to the medical superintendent, the resident doctors said that they were “a bit apprehensive” about Covaxin and might not participate in the immunisation drive in large numbers, thusdefeating the purpose of the exercise