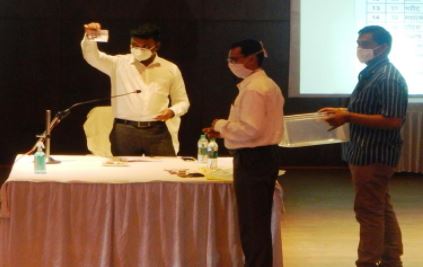 Collector and District Election Officer Dr. S.S. Bharatidasan on Thursday reserved the wards of Municipal Corporation Birgaon for general election-2121. He made this reservation under the Chhattisgarh Municipality (Reservation of Wards for Scheduled Castes, Scheduled Castes, Backward Classes and Women) Rules, 1994 in a rotation. Class wise reservation in 40 wards took place in the Shaheed Smarak Bhavan. The number of reserved wards was determined according to the 2011 census.