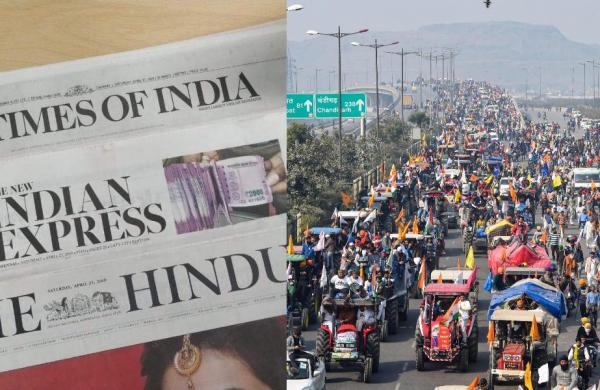 By PTI
NEW DELHI: The Indian Newspaper Society (INS) on Tuesday condemned the action taken by Delhi, Uttar Pradesh and Madhya Pradesh police which have filed FIRs against senior editors and journalists reporting on farmer protests.

In a statement, INS said, “On behalf of the entire print media industry, Indian Newspaper Society president L Adimoolam condemns the actio FIRs against senior editors and journalistsn taken by the Delhi, UP, MP police in filing for reporting on the farmers protest.”

“The society appeals to the governments of Uttar Pradesh and Madhya Pradesh to revisit their decisions so that the rights of the press are not circumscribed and the media is able to perform its tasks fearlessly,” the statement signed by INS General Secretary Mary Paul said.

As per officials, the Madhya Pradesh and Uttar Pradesh police have filed a First Information Report (FIR) against Congress MP Shashi Tharoor and six journalists over their “misleading” tweets on the violence during the farmers’ tractor rally in Delhi.

The case against them was registered under IPC sections 153 A (promoting enmity between different groups on ground of religion, race, place of birth, residence, language, etc), 153 a (1) b (any act which is prejudicial to the maintenance of harmony between different religious, racial, language or regional groups and which disturb or are likely to disturb public tranquility) and 505 (2) (statements creating or promoting enmity, hatred or ill-will between classes).