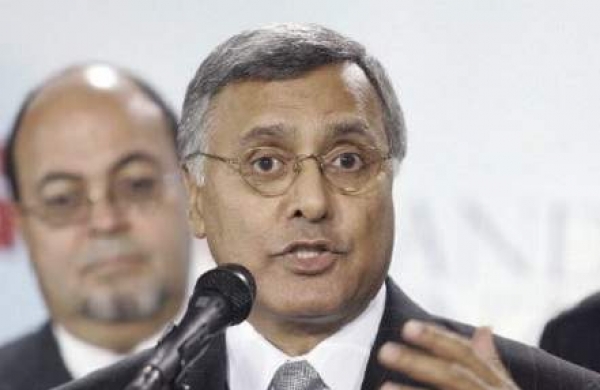 Express News Service
CHANDIGARH: Former Federal Minister of Canada and Ex-Premier of British Columbia of Indian-originUjjal Dosanjh has demanded a ‘judicial probe’ into the violence which took place on Republic Day in Delhi.

He has written a letter to Chief Justice of India in this regard asking him to set-up a Special Investigation Team (SIT) monitored by a sitting judge of the Supreme Court to probe into the incident.

In the letter to Chief Justice of India Sharad Arvind Bobde dated, February 2, Dosanjh wrote, “It is with profound sadness and concern I write to you about what transpired on January 26th, 2021 at the Red Fort, Delhi. It is quite evident from the publicly available information that the disturbance at the Red Fort was caused by rogue elements illegitimately claiming to represent the peaceful and disciplined Samyukat Kisan Morcha. The substantial preponderance of evidence provides reasonable and probable grounds to believe that the events at the Red Fort were the culmination of a criminal conspiracy to cause the disturbance with the clear purpose and intent of undermining one of the largest and longest nonviolent protest campaigns in the history of the country. Further there are reasonable and probable grounds to believe that the rogue elements  may have been aided and abetted by the leadership of the Government of India and its security establishment including the police.’’

“In view of the foregoing and the long history of judicial activism of the Court I urge you to take Suo motu cognizance of the evidence of the events of January 26 at the Red Fort and order the investigation of the same by a Special Investigation Team monitored by a sitting judge of the Supreme Court. Further if the team so established finds sufficient evidence of the complicity of the Prime Minister, his office or anyone else in government, appropriate action must be taken against them in accordance with the laws of the country including criminal prosecution,” the letter adds.

The letter further states, “Though a son, grandson, a great grandson and great and so on of Indian peasants I make no comment on the merits or demerits of the impugned farm laws or the Samyukat Kisan Morcha itself since that is not the objective of my letter. I write to urge you to immediately act to establish the Special Investigation Team as above to investigate the probability of the criminal conspiracy including the probable involvement of high officials of the government being involved in it.”