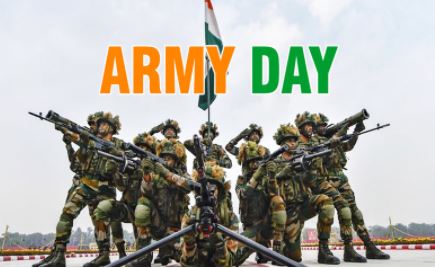 Today is Army Day. Army Day is celebrated on 15 January every year. The day is celebrated in New Delhi and all army headquarters with military parades, military exhibitions and other events. On the occasion of Army Day, the entire nation remembers the valor, indomitable courage, bravery and sacrifice of the army.

After independence many administrative problems started to arise in the country and then the army had to come forward to control the situation. The President of the Indian Army was still of British origin. On 15 January 1949 Field Marshal KM Cariappa became the first Indian Army Chief of independent India. At that time there were about 2 lakh soldiers in the army. Army Day began to be celebrated on 15 January every year after KM Cariappa was appointed the army chief.