Reliance approaches the High Court, says – We do not deal with agricultural legislation 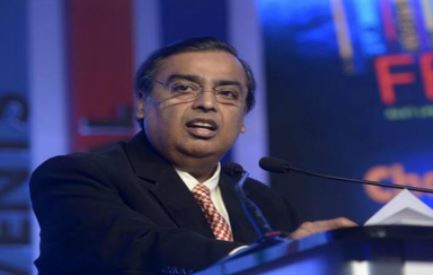 Reliance Jio has suffered losses in 1500 mobile towers in Punjab amidst the ongoing agitation regarding agricultural laws. The case is that people opposing the agricultural law have damaged 1500 mobile towers of Reliance Jio. Reliance has moved the Punjab and Haryana High Court against this vandalism. Reliance says the miscreants are being instigated by corporate rivals and others because of their personal interests. In the petition filed, Reliance said that the sabotage and violent actions by the miscreants have endangered the lives of thousands of employees of the company as well as the important communication infrastructure, sales run by subsidiaries in both the states And there have been disruptions in the everyday work of service outlets. He said that our business rivals and inherent selfish elements are instigating and helping the miscreants involved in these acts of sabotage. Taking advantage of the agitation of the farmers on the borders of Delhi, these vested selfish elements have continuously launched a devious, malicious and malicious campaign against Reliance, which has nothing to do with the truth. He said that Reliance has nothing to do with the three agricultural laws that are currently being debated in the country, nor does it benefit them in any way. The petition stated that Reliance Industries Limited, Reliance Retail Limited, Reliance Jio Infocomm Limited and any other company associated with Reliance neither undertakes nor does corporate or contract farming nor does the company enter into this business in future Has a plan