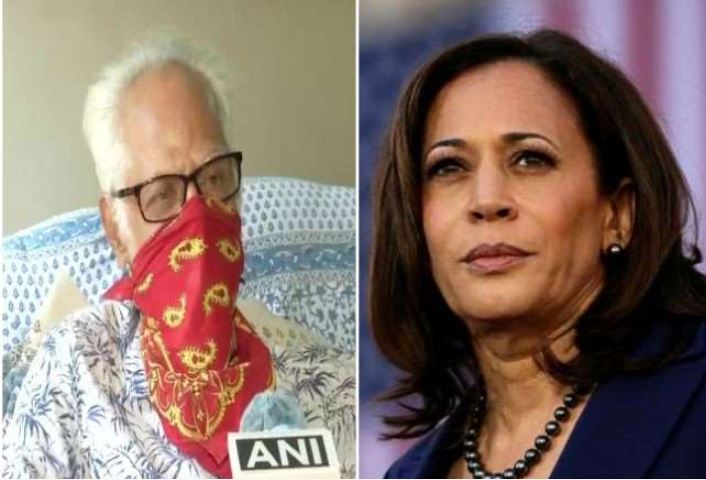 New Delhi:On being elected as the Democratic candidate for the post of Vice President of the United States, Kamala Harris’s maternal uncle Gopalan Balachandran said that our family feels happy on this occasion. My sister, her mother is very proud of her daughter. It is a historic day for the Indian community. She has not been able to come here often in the last few years because she is a senator. She is Indian and likes India, but that does not mean that what India says is right for her. She is also a Jamaican and an African-American, she uses her judgment.

While Harris’s father was a resident of Jamaica, his mother Shyamala was the daughter of eminent civil servant PV Gopalan. Gopalan was from Tamil Nadu. Harris was raised by her mother after her parents divorced. Harris also has a sister, named Maya. Tamil Nadu Chief Minister O Panneerselvam said that Harris’s election as Vice-Presidential candidate is a proud moment for every Indian and Tamil Nadu.

Kamala Harris loves South Indian food. She is extremely proud to be the daughter of an Indian mother and that is why she does not forget to mention her mother Shyamala Gopalan in every speech. She has also been very close to her maternal grandfather and maternal uncle (mother’s family). Kamala and her younger sister Maya Harris, Tamil Nadu, used to come to their maternal grandfather on holidays almost every year till their teens. This is the reason why she has been continuously visiting Hindu temples.