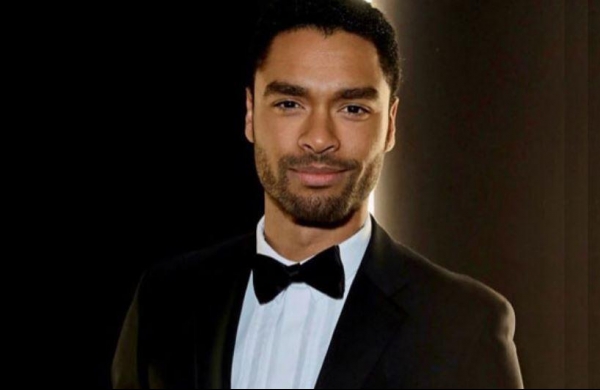 By ANI
WASHINGTON: Actor Rege-Jean Page, the breakout star of 2020, has joined the star-studded cast of the Russo Brothers’ new action thriller ‘The Gray Man’.

As per E! News, currently, it is unclear who Page will play in the upcoming film. The forthcoming Netflix film also stars Ryan Gosling, Chris Evans, and Indian superstar Dhanush. The project will be helmed by Anthony and Joe Russo, the team behind four movies in the Marvel Cinematic Universe including ‘Avengers: Endgame’.

The film marks Armas’ reunion with Gosling, with whom she worked in 2017’s ‘Blade Runner 2049’, as well as Evans, her co-star from Rian Johnson’s 2019 whodunnit ‘Knives Out’.

‘The Gray Man’ is based on the 2009 novel of the same name by Mark Greaney. The titular character, played in the film by Gosling, is Court Gentry, a former CIA operative who now works as an assassin. However, the killer becomes the prey when he is targeted by a former operative, played by Evans, in a worldwide pursuit.

Production for the upcoming film will reportedly start in Los Angeles this March. Anthony and Joe will be producing the forthcoming project through their AGBO banner.

Joe wrote the script, with ‘Avengers: Endgame’ screenwriters Christopher Markus and Stephen McFeely polishing the final draft. AGBO’s Mike Larocca, along with Joe Roth and Jeff Kirschenbaum for Roth Kirschenbaum, are also on board as producers.

Apart from ‘The Gray Man’, Page will also be starring in the highly-anticipated film ‘Dungeons and Dragons’, which is expected to be released next year. He will be seen in the action-adventure movie with Hugh Grant and Michelle Rodriguez. Page rose to fame after starring in the Netflix romantic period drama titled ‘Bridgerton’.