Redmi 9i Set to Launch in India on September 15 on Flipkart and Mi.com 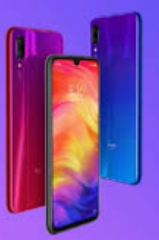 Redmi 9i is all set to launch in India on September 15. The upcoming phone will sit alongside the new Redmi 9, Redmi 9A, and Redmi 9 Prime handsets in the series. Xiaomi has confirmed that the Redmi 9i will be available online on Mi.com and Flipkart sites. The phone is teased to pack 4GB of RAM and have a waterdrop-style notch just like the other phones in the Redmi 9 series. It is also confirmed to run on MIUI 12 software.

Xiaomi has taken to Twitter to announce the launch of the Redmi 9i in India on September 15. The availability of the phone has been confirmed on Mi.com and Flipkart. It is teased to pack 4GB of RAM and sport a waterdrop-style notch display. A dedicated page has also been made live on Mi.com teasing key features of the Redmi 9i. It is seen to offer 3.5mm audio jack support and have all the physical buttons on the right edge of the screen. The page suggests a blue colour option for the Redmi 9i, but more variants are expected to be unveiled at the launch event.

The Redmi 9i is also teased to have a big display and offer microSD card support for storage expansion. The smartphone may offer gaming-centric features, optimisations in camera, and is teased to pack a large battery as well. As mentioned, the phone is teased to run on MIUI 12. Apart from this, little else is known about the Redmi 9i as of now. It should be priced around the same range as the Redmi 9, Redmi 9A, and Redmi 9 Prime i.e. it should start under the Rs. 10,000 bracket.