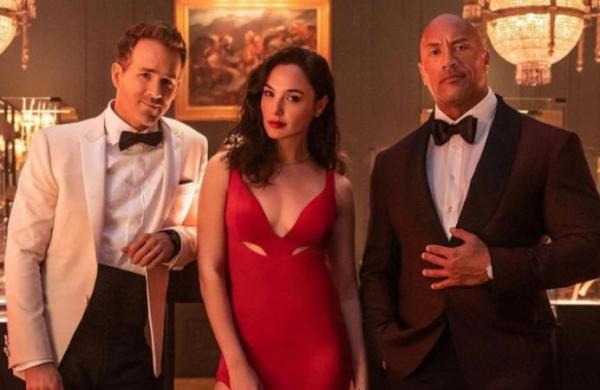 “You’ve been put on notice. The world’s number one profiler, art thief, and con, go head to head in ‘RED NOTICE’ on Netflix globally November 12,” the post read.

The film comes from writer-director Rawson Marshall Thurber, who earlier worked with Johnson on movies like “Central Intelligence” and “Skyscrapper”.

“Red Notice” features Johnson as the FBI’s top profiler, Gadot as the world’s most wanted art thief and Reynolds as the greatest conman the world has ever seen.

They are all brought together for a daring heist that turns the world on its head.

Johnson has produced the movie along with Dany Garcia and Hiram Garcia through their banner Seven Bucks Productions.

Thurber and Beau Flynn for FlynnPictureCo are other producers.

“Red Notice” was earlier with Universal after the studio acquired the project as a pitch following a bidding battle, one where Netflix came in second.

But after that Universal had second thoughts over the project as they found the movie to be too expensive.

Netflix then stepped in and acquired the project from the studio.