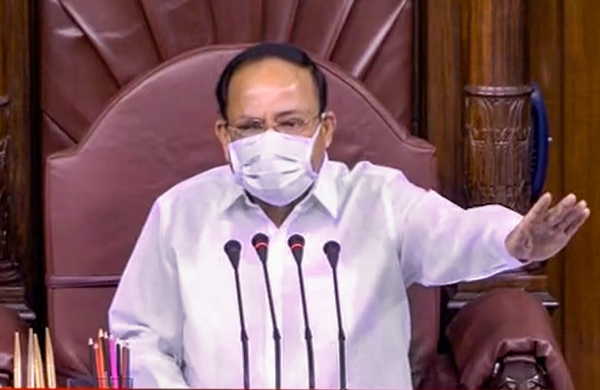 By ANI
NEW DELHI: Rajya Sabha Chairman M Venkaiah Naidu on Wednesday urged the members not to record the proceedings of the House on mobile phones.

He stressed that such recordings and its circulation on social media amount to a breach of privilege and contempt of the House.

Naidu reminded the members of the ban on the usage of cellular phones within the Rajya Sabha Chambers as informed to them through a Parliamentary Bulletin on January 29.

The Rajya Sabha Chairman made certain observations in the matter in the House today.

“As Members are aware, there is a restriction on the usage of cellular phones within the Rajya Sabha Chambers which is notified in the Parliamentary Bulletin Part-II, issued prior to the commencement of the sittings of a Session,” said Naidu.

“It has been observed that some Members are using their mobile phones to record the proceedings of the House while sitting in the Chamber. Such conduct is against the Parliamentary etiquettes and is not expected from the Members,” he added.

Members should desist from such unwarranted activities inside the Chamber, the Rajya Sabha Chairman stated.

“Such unauthorised recording of the proceedings of the House and its circulation in the social media may lead to a breach of privilege and contempt of the House. Members are, therefore, advised to be careful in this regard,” Naidu added.