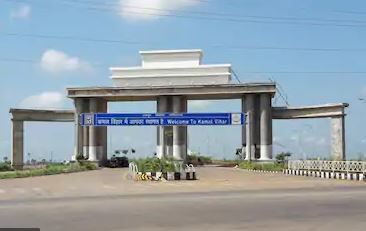 Under the leadership of Chief Minister Mr. Bhupesh Baghel, the state government has taken several steps aimed at providing relief to the general public, including reduction in the market price of land (guide line rate) by 30 percent, concession in registration fee and lifting of ban on purchase and sale of small plots. Owing to these measures the registration of state plots and houses has increased significantly. The Kamal Vihar scheme of Raipur Development Authority is receiving a very good response as a result of above decisions. On February 12, Raipur Development Authority received Rs 52 crore from the sale of 118 plots through the tender, which is a record for the sale of plots in itself. A total of 118 plots were sold under the Kamal Vihar scheme, including 108 commercial plots, 9 residential plots and one plot for public / semi-public use. Sale of so many plots under Kamal Vihar Yojana and the amount of Rs 52 crore received, is a record in itself.

It is worth noting that total income by the sale of commercial purpose, mixed, public and semi-public purpose plots in the year 2018-19 was one crore 84 lakh, which in the year 2019-20 reached Rs. 5 crore 70 lakh. Under the guidance of Chief Minister Mr. Bhupesh Baghel and Minister of Housing and Environment Mr. Mohammad Akbar, the concession offered and invitation of tender for the sale of plots of Kamal Vihar scheme has received good response. This is the reason that a total of 118 plots were sold for various purposes in one day through the tender, due to which the authority has received an income of Rs 52 crore.