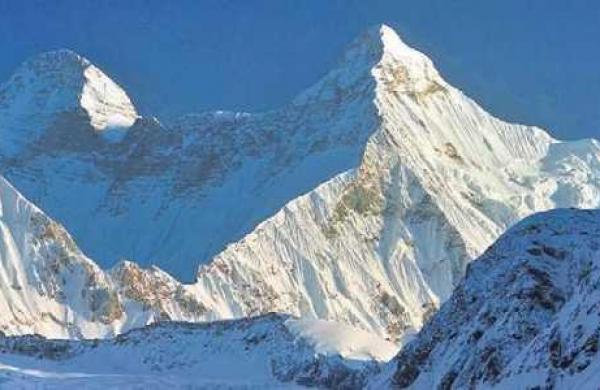 Express News Service
DEHRADUN: The recent studies pointed towards the dangers of melting/receding glaciers, said glaciologists in the wake of the disaster unfolded in Uttarakhand.

A study led by Dehradun-based Wadia Institute of Himalayan Geology revealed that the glaciers in Nanda Devi and central Himalayan region have significantly receded during the past 37 years (1980–2017).

Dr Manish Mehta, a scientist who was part of the study that appeared in an international journal said, “The results clearly indicated that the glaciers are receding which makes them fragile. Such disasters are a result of that.”

The total loss of area of the glaciated region in the catchment during the period is 26 square kilometre or 10% of the total area and equilibrium line altitude (ELA) shifted between 36 and 96 metre.

The equilibrium-line altitude (ELA) on glaciers is the average elevation of the zone where accumulation equals ablation (removal of snow for various reasons) over a 1-year period.

According to the study, the analysis of the data showed that recession rate of the glaciers has increased after the 1990s.

However, the sensitivity of the glaciers in the upper Rishi Ganga catchment has suggested that the glaciers might have responded likely due to decreased precipitation rather than rise in temperature.

The recent flashfloods have swept away two hydropower projects in its way — 13.2 Megawatt project on Rishiganga river followed by 520 Megawatt Tapovan project on Dhauliganga river after which 202 people went missing while many others got trapped. In all, 20 bodies have been recovered so far from various locations where the flood wrecked havoc.

Last year, another study by Wadia Institute of Himalayan Geology revealed that the Gangotri glacier receded 63m in last 360 years.

The report also warned that the Gangotri glacier might face accelerated recession at an unprecedented rate than ever experienced in the past 447 years.So far, only 11 Himalayan glaciers have been studied for mass balance and some 100 are being monitored for fluctuations, the report added.

DP Dobhal, former glaciologist at the Wadia Institute said, “The studies are an academic record but in this case we should wait before we drive any conclusion. However, one fact is established that disturbances in such landscape causes disasters.”

Amit Kumar, another scientist from the institution added, “The disastrous event occurred due to glacial break. This means some factors which definitely contributed is apparently man-made. A detailed investigation is needed to confirm and act on it.”