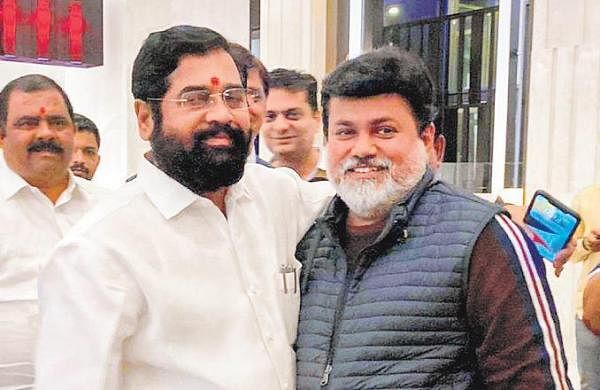 PANAJI: The Rebel Shiv Sena MLAs led by Eknath Shinde reached the Dabolim airport from Guwahati on Wednesday night, from where they were headed towards the Taj Hotel in Panaji for night stay.

Tight security was provided to them while travelling in coaches from the Dabolim airport to the Taj Resort and Convention Centre in Panaji.

As the Supreme Court gave a go ahead with the floor test on Thursday, the rebel MLAs are expected to leave for Mumbai early on Thursday morning.

Meanwhile, while the rebel group was travelling from Guwahati to Goa, Maharashtra Chief Minister Uddhav Thackeray tendered his resignation from the top post in a virtual conversation with the people of Maharashtra.

The Supreme Court on Wednesday held a marathon hearing on a plea filed by Shiv Sena chief whip Sunil Prabhu challenging the Maharashtra Governor’s direction to the Maha Vikas Aghadi (MVA) government to take a floor test and prove its majority in the House on Thursday.

Police sources informed that the security at the Dabolim airport and the Taj Resort in Panaji will not be withdrawn till the rebel MLAs proceed to Mumbai on Thursday morning.