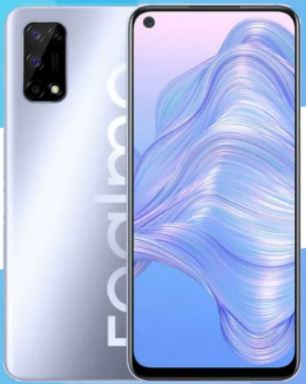 Smartphone maker Realme has launched its much-awaited new smartphone Realme 7 5G during a virtual event held in the UK. This smartphone has been launched as an upgrade version of Realme 7, Realme 7 Pro and Realme 7i. The company claims that Realme 7 5G is one of the cheapest 5G smartphones in Europe. Talking about the price of Realme 7 5G, its price in the UK right now is around GBP 279 (Rs 27,400). The company has fixed this price for 6GB + 128GB variants. It will start selling in the UK from 27 November.

Talking about its specification, Realme 7 5G equipped with MediaTek Dimension 800 U processor and 6GB RAM works on Realme UI based on Android 10. It has a 6.5-inch full-HD + hole-punch display. Talking about the camera, the primary camera of Realme 7 5G is 48 megapixels, with an 8 megapixel ultra wide angle camera, 2 megapixel macro camera and 2 megapixel monochrome sensor. A 16-megapixel front camera has been given for those who are interested in selfies. Talking about other features of the camera, many pre-loaded features such as time lapse photography, HDR, ultra-wide angle, super macro, AI beauty are already present.

Talking about Realme 7 5G storage, this smartphone has 128GB of maximum storage which can be increased to 256GB with the help of micro SD card. For connectivity, it has 5G, 4G LTE, Bluetooth 5.1, GPS / A-GPS and USB Type-C port. It is equipped with an in-display fingerprint sensor. This smartphone has a powerful battery of 5,000 mAh which comes with 30 watt dart charge support. The company claims that this smartphone gets fully charged in just 65 minutes.