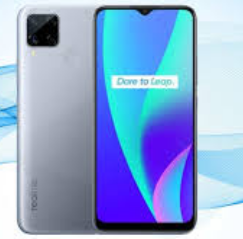 Reality C15 with Realme’s 6000mAh battery will be made available for the September 24 flash sale. The most special thing of this phone of Reality is its 6000mAh battery and 4 cameras in less than 10 thousand price. The sale will begin at 12 noon on Flipkart and Realme’s official website. Let’s know about the feature of the phone …

Up to 64 GB of internal storage can be increased to 256 GB with the help of microSD card. Customers can buy this phone in two color options, Power Blue and Power Silver. Fingerprint scanner has been given on the rear panel of the phone.

Camera: Talking about the camera, the phone’s quad camera setup has a 13-megapixel primary sensor, 8-megapixel secondary sensor, 2-megapixel monochrome and a 2-megapixel retro lens. Realme C15 has an 8 megapixel front camera for selfie. The phone has a powerful battery of 6000mAh, which supports 18W fast charging.