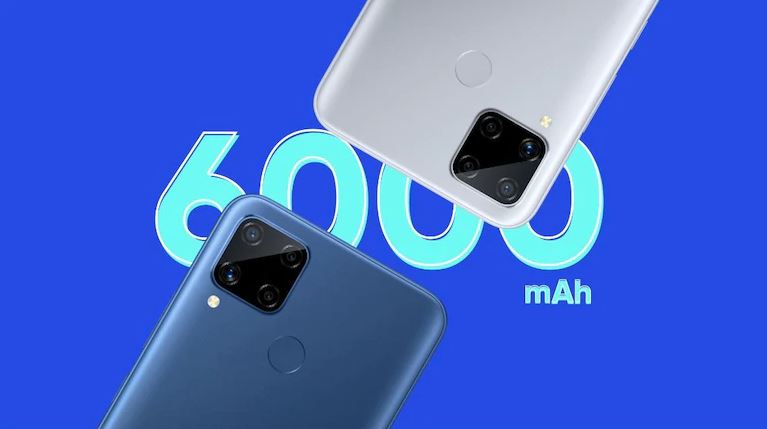 Realme C12 and C15 are set to launch in India today. Realme is refreshing the C-series in India beginning with the C11 that was launched last month. After today’s launch of the two smartphones, there will be three smartphones under the new C-series. The old C-series has C1, C2, and C3 as the only three devices. The reason why Realme is rejigging the C-series is the increase in the GST, owing to which the smartphone prices were hiked across the industry. The latest C-series goes more into the entry-level segment to allow for affordable pricing. Realme is also launching the Buds Classic wired earphones and they are going to be priced under Rs 500.

Realme C12, C15 India Launch Details
Realme will begin the launch of the C12 and C15 at the online-only event starting at 12.30 pm today. It will be live-streamed on YouTube, Facebook, and Twitter so the fans can catch up the updates in real-time.

Realme C12, C15 India Price
While the official prices of the C12 and C15 will be announced today during the event, we are guessing they will cost less than what their translated prices project. The Realme C12 and C15 were launched in Indonesia recently for IDR 1,899,000 and IDR 1,999,000, respectively. According to these price points, the C12 should cost around Rs 9,600 and the C15 should be Rs 10,100.

Realme C12, C15 Specifications
Realme C15 will have a 6000mAh battery, the biggest by far in a Realme smartphone, along with the 18W fast charging. Realme is touting the C15 battery as the USP of the smartphone and also something that sets it apart from other C-series phones. You also get a 6.5-inch HD+ display, the MediaTek Helio G35 processor, 4GB of RAM, 128GB of internal storage, and Android 10-based Realme UI. For cameras, you get a 13-megapixel camera with an f/2.2 lens, an 8-megapixel secondary camera with an ultrawide-angle f/2.25 lens, a 2-megapixel monochrome camera, and a 2-megapixel black-and-white camera at the back and an 8-megapixel camera on the front for selfies.

On the other hand, the Realme C12 is a mix of both Realme C15 and Realme C11. It borrows the huge 6000mAh battery from the C15 but forgoes the 18W fast charging for the standard 10W charging that C11 comes with. It has a 6.5-inch HD+ display, the same Helio G35 processor, 3GB of RAM, 32GB of storage, Realme UI based on Android 10, and three rear cameras – a 13-megapixel main camera and two 2-megapixel cameras, and a 5-megapixel front-facing camera. Both Realme C15 and C12 will come with a fingerprint sensor that is lacking on the C11.

Hardware history at WWDC: Every device launched at Apple’s developer conference over the years