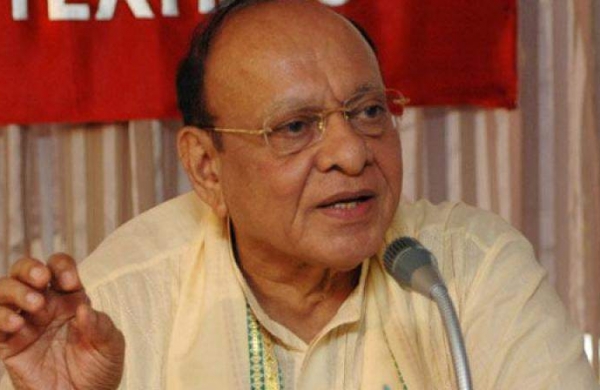 By PTI
AHMEDABAD: Former Gujarat chief minister Shankersinh Vaghela, who had quit the Congress in 2017 after remaining in it for two decades, on Wednesday said he was ready to return to the party without any pre-conditions to fight the ruling BJP in the state.

Vaghela, 80, who currently heads a little-known political outfit called the the Praja Shakti Democratic Party (PSDP), issued a statement in which he claimed that many Congress workers and leaders have been urging him to return to the party.

However, before Vaghela’s statement, the state Congress earlier in the day denied as “rumours” the reports that he would rejoin the party in the coming days.

Vaghela had quit the Congress before the 2017 Gujarat Assembly polls.

Two years later, he had joined the Sharad Pawar-led NCP.

However, in June last year, he had resigned from the NCP due to some differences and floated the PSDP.

In his statement, Vaghela claimed that many Congress workers urged him “with tears in their eyes” to rejoin the party when he was at Piraman village in Bharuch district last year to attend Congress leader Ahmed Patel’s funeral.

“Apart from these workers, many Congress leaders have been insisting that I should join Congress. I am ready to join the Congress without any pre-conditions to fight the BJP. I have no problem in joining Congress. I will take an appropriate decision after meeting madam Sonia jee and Rahul Gandhi in Delhi,” the senior leader said.

Before Vaghela’s statement, state Congress spokesperson Jayrajsinh Parmar said, “I have learned from the media that Vaghela is joining the Congress. I want to clarify that there is no such thing as of now. As far as I know, Vaghela has not contacted any of our leaders for the comeback.   think only Vaghela can shed light on these rumours.”

Vaghela’s party has already announced that it will not field its candidates in the upcoming local body polls in Gujarat in order to stop the anti-BJP vote division.

Vaghela had started his political career with the BJP.

After the BJP came to power in the state in 1995 and chose to make Keshubhai Patel the chief minister instead of him, Vaghela engineered a split in the saffron outfit and became the CM in 1996 with outside support of the Congress.

Later, he joined the Congress and served as Textile Minister in the Manmohan Singh government.

While in the Congress, he had also served as its state unit president and Leader of Opposition in the Gujarat Assembly.