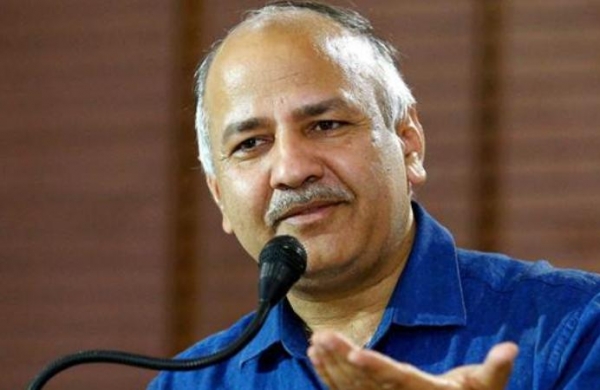 Express News Service
DEHRADUN: Delhi Deputy Chief Minister Manish Sisodia on Monday said that the BJP is running a ‘sting model’ government while Delhi is progressing under ‘Kejriwal Model’. “While we have worked to improve health, education, power and water supply and generate jobs in Delhi, the BJP government in Uttarakhand remains in neck deep corruption and  stings,” said Sisodia.

Urban Development Minister Madan Kaushik who had ‘accepted’ Sisodia’s challenge to an open debate skipped the event on Monday, prompting the AAP leader to claim that the BJP had nothing to show for its four years in power in the hill state.

The chair kept at the dais at the IRDT auditorium for Kaushik remained empty even as Sisodia attacked the state government for allowing corruption to flourish right under its nose. “If it had really done something for development, the minister would have come for the debate. He has not shown up because they have not done anything. Corruption is all that has happened in the state in the nearly four years of their rule,” Sisodia alleged.

The Aam Admi Party leader also added that after Kaushik had accepted the debate challenge, he was expecting a ‘healthy debate’ which is a good sign for a democracy as leaders from two different governments would come face to face before the public and debate openly.

Sisodia had earlier challenged Kaushik to list even five works done for welfare of Uttarakhand state and people and challenged him for debate in Dehradun. Kaushik on Sunday had responded in a letter calling him a ‘tourist politician’, adding that politics is serious issue and not some ‘theater show’.

Addressing the party workers, Sisodia asked the workers to prepare for the 2022 assembly polls. “The electoral contest in year 2022 is going to be BJP vs AAP. It is only the AAP which can fulfil the dreams of Uttarakhand,” added Sisodia.

He further invited Kaushik to Delhi on January 6 for the debate adding that in Delhi he will be able to see AAP government’s work in education, health, power, water, women security and others areas. Responding to Sisodia, BJP state vice-president Devendra Bhasin, “AAP leaders are not serious and we are always ready for any kind of debate.”