Re-open school instead of educating children through other mode’ 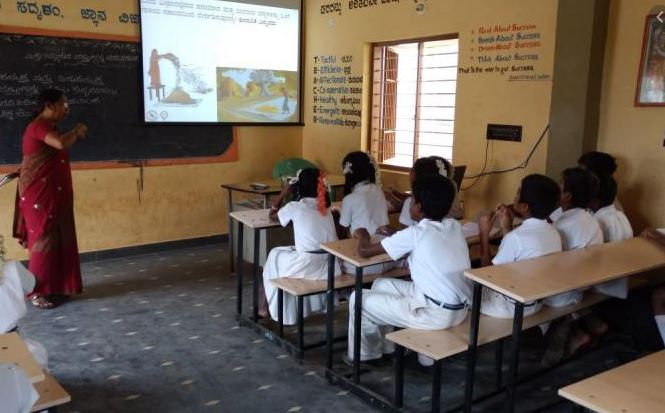 A virtual meeting of Chhattisgarh Pradesh Shikshak Federation (CPSF) was held on Tuesday to discuss issues related to service benefits of teachers and present education system. State office-bearers of the federation participated in the meeting to discuss these issues. They were of the view that State Government should reopen the school for the sake of students’ education instead of educating children through other mode. Federation State President Rajesh Chatterjee, Vice President Chandrashekhar Chandrakar and General Secretary Rakesh Sahu said that the Federation officials involved in the meeting opined that students so far had not received fruitful results from the present education system adopted by the Education Department due to Corona pandemic. The Federation had suggested conduct classes through Doordarshan for the benefit of students belonging to underprivileged category who cannot afford mobile phones. Only a limited number of students are benefited from online classes, said federation members. It is safer to take class in schools than in streets, they said. The Federation had proposed to open Government English medium schools. Schools were opened by making infrastructure available in the old Hindi medium schools, but the Education Department, taking an unexpected decision finished approved posts in that school including Principal, Lecturer, Upper Class Teacher, PT, Principal, Readers. The schools have been privatised in a way by giving them to a registered committee, they said. They said that High Court of Chhattisgarh in its decision of December 9 2019 has ordered a stay on the amendment made in Rule 5 of the Chhattisgarh Recruitment Promotion Rules 2003. All the departments are issuing promotion orders as per the order of the High Court, but the Education Department is not issuing the promotion order by misinterpreting the order of the High Court, citing the reason for excess number. While the Advocate General’s office Bilaspur gave a clear opinion on the order of the High Court on February 19, 2020. The Federation will agitate for the third phase of Nyay Paati Abhiyan. In this phase a memorandum containing information about suicidal decisions of the Education Department will be given under the contact programme with the public representatives, which will be started from the Chief Minister.