RCB’s biggest win against KKR, in top-3 in points table 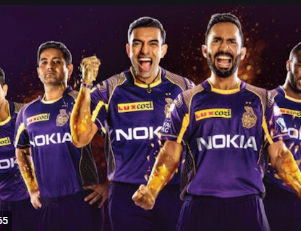 In the 28th match of the 13th season of IPL, Royal Challengers Bangalore (RCB) defeated Kolkata Knight Riders (KKR) by 82 runs. This is RCB’s biggest win in terms of runs against KKR. Earlier, Bangalore defeated Kolkata by 10 runs in 2019. With this win, Bengaluru has moved up to third place in the points table

Bengaluru had given a target of 195 runs while batting first. In response, KKR could only manage 112 runs for 9 wickets. The team’s 8 batsmen, including captain Dinesh Karthik, could not even touch the figure of Dahi.

KKR’s Shubman Gill scored 34, Rahul Tripathi and Andre Russell scored 16-16. Bengaluru’s Sundar and Chris Morris got 2-2 wickets each. Navdeep Saini, Isuru Udana, Yuzvendra Chahal and Mohammad Siraj got 1-1 wicketsthe hero of the previous match, KKR captain Dinesh Karthik could score only one run in this match. He was bowled by Yuzvendra Chahal. After this, Eoin Morgan also could not sustain much and scored 8 runs and was caught by Isuru Udana at the ball of Washington Sundar..