Ravindra Chaubey said – date of paddy purchase will not go ahead, permission from center 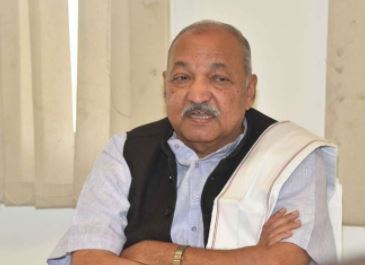 State Agriculture Minister Ravindra Choubey has said that the date for procuring paddy in Chhattisgarh will not go forward. Additional paddy will be purchased on getting permission from the central government. Agriculture Minister Choubey has said in a statement to the media that 90 lakh metric tonnes of paddy has been purchased from farmers in the state. The central government should allow 60 lakh metric tonnes of rice offtake soon. Also paddy should be allowed to make ethanol. It is worth mentioning that on Friday, Chief Minister Bhupesh Baghel has also written a letter to the Union Food and Public Distribution Minister Piyush Goyal about the rice paddy of the state. He has requested to increase the quantity of 24 lakh metric tonnes of rice allowed in Food Corporation of India to allow lifting of 40 lakh metric tonnes soon.