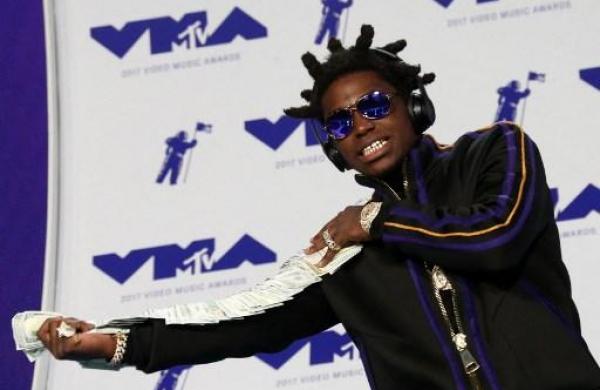 By ANI
WASHINGTON: In an act of kindness, rapper Kodak Black has offered to pay the college tuition for the children of the two FBI agents who were shot dead last week.

The news was confirmed by the rapper’s attorney Bradford Cohen to Fox News on Monday.

The outlet reported that the two agents, Daniel Alfin and Laura Schwartzenberger, were killed during a raid in Sunrise, Florida along with the suspect. The suspect reportedly used a doorbell camera to watch and allegedly shoot the agents through a closed door as they approached the home.

Following the incident, the rapper, whose real name is Bill Kahan Kapri, has sent a letter to the FBI Miami Division offering to pay college tuition for the late agents’ children.

According to TMZ, the letter, sent by Cohen, stated that Kodak is aware of the difficulties of losing loved ones and grew up in a single-parent home.

As reported by Fox News, the rapper allegedly said he wanted to ensure that the families of the agents don’t have to worry about paying for college in the future.

Cohen reportedly has a contact within the FBI Miami Division who confirmed that the agents both had minor children. According to TMZ, Alfin has a 3-year-old while Schwartzenberger has two children: A 4-year-old and a 9-year-old.

“Kodak has always put kids first in his charitable donations. He has a passion for making sure kids in crisis are supported financially and emotionally,” Cohen told Fox News.

“That being said, whatever he can do to help, he always offers his assistance. He gives his heartfelt condolences to the families and hopes his offer eases their pain,” Cohen added.

However, this isn’t the rapper’s first time giving back, as he also donated USD 20,000 worth of toys to children in his hometown of Broward County, Florida over the holidays, according to TMZ.