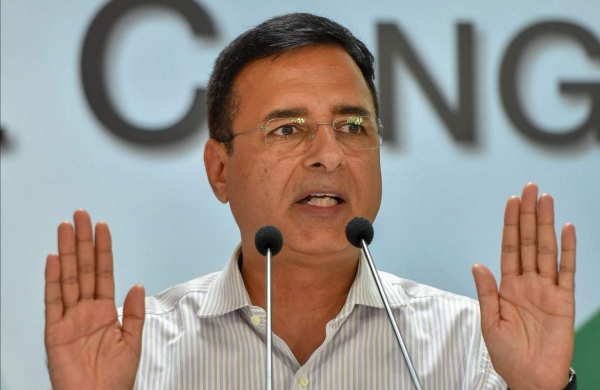 Surjewala issued a release in which he said that the Khattar-Chautala government in Haryana has stopped the mobile internet services in the state with the intention to crush the farmers’ agitation.

He said that during this Corona pandemic period, the persons working from home, school-college and university students, the traders and shopkeepers availing mobile banking services and the common people are inconvenienced by the move.

“These days various examinations are going on and during such times disruption in mobile internet services has been putting the students appearing in examinations in distress,” the Congress leader said.

He said that the BJP-JJP Government has been “so engrossed in its evil designs to crush and discredit the farmers’ agitation that it seems to be least bothered about the grave inconvenience being caused to the common people on account of government’s wrong decisions.”

“This government should not be under any illusion to treat the peacefully agitating farmers as a vulnerable lot and the persecution of farmers shall not be tolerated under any circumstances and the entire opposition and the people of the country are in rock solid support with the farmers,” he added.