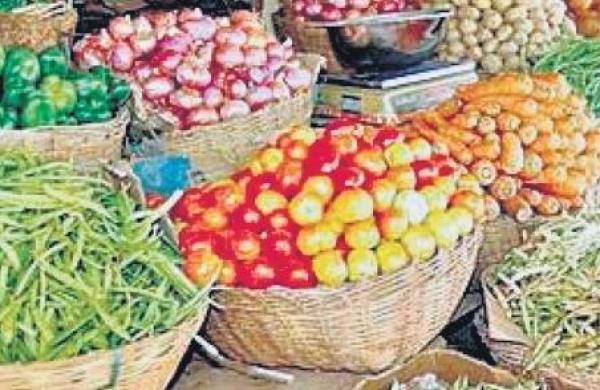 Express News Service
Veggies from Dhoni’s farm to hit Dubai markets Vegetables from former cricket captain Mahendra Singh Dhoni’s farm house are all set to hit markets in Dubai. State’s Agriculture Department has taken the responsibility of sending vegetables from Dhoni’s farm to abroad. Negotiations are also in its final stages and the agency — All Season Farm Fresh — has been selected for sending vegetables to Dubai. The agency has been engaged by the State government to send consignment of vegetables to Gulf countries. Dhoni has a massive fan following in Dubai

State announces foreign scholarship for ST studentsThe Jharkhand government has announced scholarships to 10 talented Scheduled Tribe (ST) students every year for pursuing studies in leading foreign universities. Scholarships will be given to students pursuing their masters or MPhil programmes in select subjects at particular foreign universities. According to officials, the decision was taken as local students do not get enough scope for proper utilization of their talent primarily because of limited opportunities available within the state. Instituted in memory of the iconic tribal leader, it will be known as the Marang Gomke Jaipal Singh Foreign Scholarship Scheme 2020

Jharkhand issues advisory over spread of bird flu  The fear of the spread of bird flu amid the Covid-19 has put the state governments on an alert. After detection of bird flu virus in Rajasthan and Madhya Pradesh, Jharkhand government has also issued an advisory to all the districts to report unnatural deaths of birds to the animal husbandry department. They have also been asked to send samples of such birds to laboratories. Though, the veterinarians claimed that no sign of bird flu has been reported anywhere in the State, the farm owners, as precautionary measure, have been asked to contact veterinary doctors in case of death of 10 birds or more at a time.

Govt committed to honouring martyrs  Government would make every effort in tracing out martyrs and their kin and ensure their felicitation and provide jobs to them. Addressing a gathering at Kharsawan, Chief Minister Hemant Soren said that it was his government, which had traced out martyrs and their relatives of the Gua firing incident and gave government jobs to them. It was during the short tenure of the Hemant Soren government in 2013-14 that dependents of the martyrs of Gua firing were given government jobs. Soren also claimed that a commission has been set up to identify the revolutionaries (freedom fighters for separate statehood) but there are problems as there is a long list of such revolutionaries.