Ram-Sita of serial Ramayana will also be involved, there will be a grand procession 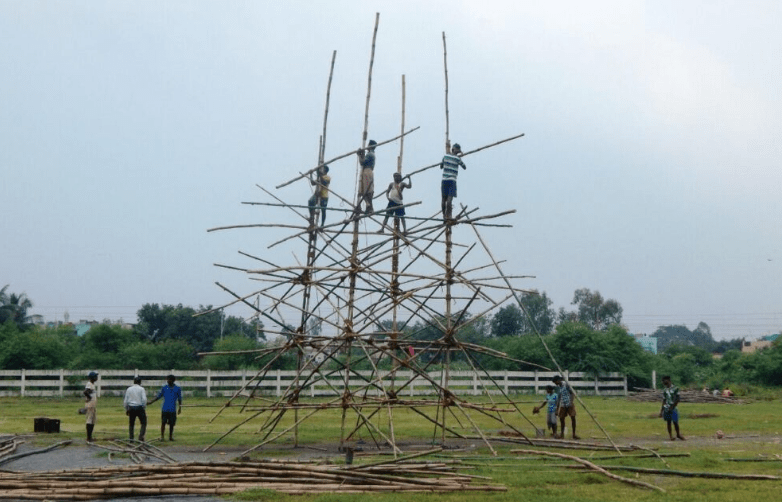 The famous W. R. s. This time in the Dussehra festival, effigies of Ravana more than one hundred feet high and about 70-70 feet of Meghnath and Kumbhakaran will be burnt. W. R. Preparations for Dussehra festival are in full swing at S Maidan. Here the effigy of Ravana has also started being made from big bamboos. This afternoon, Collector Dr. Sarveshwar Bhure gave Chg. Chairman and MLA of Home Construction Board Mr. Kuldeep Juneja, Mayor Mr. Ejaz Dhebar and office bearers of Dussehra Committee along with WRS. Took stock of the preparations being made on the grounds for the historic Dussehra festival of Vijayadashami. Officers of police and other departments along with Municipal Commissioner Shri Mayank Chaturvedi also stayed during this period. Collector Dr. Bhure took stock of all the preparations related to this event in detail today and gave necessary instructions to the officials. The officials of Dussehra Utsav Committee gave them detailed information about the preparations made so far. The Collector has directed the subordinate officers that all preparations related to this dignified event should be ensured and take special care of basic facilities like public convenience, public safety, transportation, drinking water, cleanliness. WRS The effigy of Ravana has started being made on the colony grounds. More than 15 artisans have been engaged in the work of tying big bamboos with wet coconut ropes and erecting a grand effigy. The officials of the Dussehra Committee said that the help of artisans of Kharagpur, West Bengal is being taken to make the effigies. About 10 artisans of the Kandra society, who have come from Gandai, are engaged in the work of cutting, sorting and making thin-length splints of bamboo. The officials of the Dussehra committee have expressed hope that the structures of the three effigies will be completed in the next 2-3 days. After this, the work of decorating the structures according to Ravana, Meghnath and Kumbhakaran will start. Elaborate security arrangements will also be made during Dussehra festival this year. WRS of the capital Raipur. The historic Dussehra festival is being organized continuously for the last 52 years at Colony Ground. Chief Minister Bhupesh Baghel is also expected to attend this historic event as the chief guest. WRS This year’s Dussehra festival at Colony Maidan will also be attended by actor Shri Arun Govil, who played the roles of Lord Ram and Sita in the famous TV serial Ramayan and actress Mrs. Deepika Chikhaliya. The whole event is being given a grand look by the organizing committee with procession, attractive fireworks. There is special enthusiasm in the area regarding this event and lakhs of townspeople gather in this ground to watch Ravana slaughter. Like this:Like Loading… Continue Reading