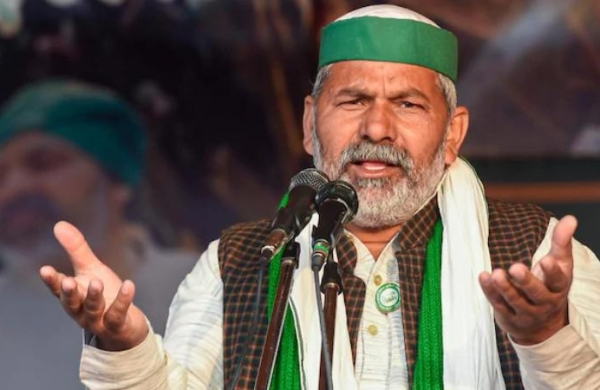 Tikait, the national spokesperson of the BKU and a prominent face of the farmers’ protest, will begin the tour from March 1, the office-bearer said.

Two meetings will be held in Rajasthan and three in Madhya Pradesh.

The last three meetings will be held on March 20, 21 and 22 in Karnataka, Malik said.

“One event is scheduled on March 6 in Telangana, but we have not got permission for it yet due to some election in the state. If permission is granted, the meeting in Telangana will be held as per schedule,” he told PTI.

Thousands of farmers are camping at Delhi’s border points at Tikri, Singhu and Ghazipur since November with a demand that the Centre should repeal the contentious farm laws enacted in September last year and frame a new one guaranteeing the minimum support price (MSP) on crops.

Tikait is leading the protest at Ghazipur.

The government, which has held 11 rounds of formal talks with the protesting farm unions, maintains that the laws are pro-farmer.