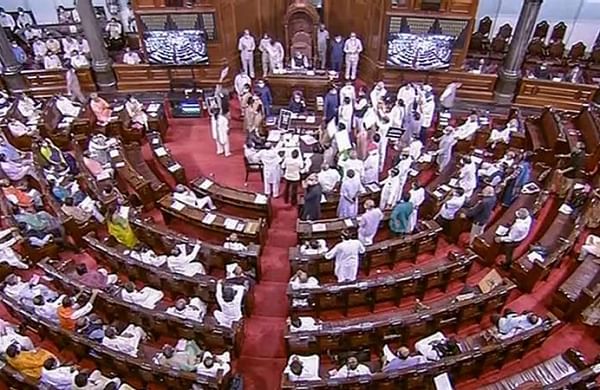 JAIPUR: As voting got underway for the four Rajya Sabha seats in Rajasthan, the ruling Congress on Friday exuded confidence that it has the numbers to win three seats while the opposition BJP said it expects a “miracle” when the results are announced.

Chief Minister Ashok Gehlot said the Congress will comfortably win three out of the four seats. Lashing out at the opposition BJP for fielding Subhash Chandra as an independent candidate despite not having majority, he claimed, Their own MLAs did not like Chandra. The BJP maintained that both its official candidate Ghanshyam Tiwari and independent candidate Chandra will win.

Rajasthan CM Ashok Gehlot casts his vote for Rajya Sabha Elections 2022 (Photo | PTI)Before leaving for the assembly building for polling, Gehlot told reporters outside Hotel Leela Palace on the Delhi highway, I am saying again that we are winning three seats comfortably and they (BJP) should take care of their house.

The way they fielded another candidate, it was not liked by MLAs of their party.  There is a reaction in the whole state. Elections were conducted unnecessarily otherwise all four seats — three by us and one by the BJP — would have been won comfortably, he said.

He said the BJP did the same thing during the previous Rajya Sabha elections in 2020 but they were defeated. These people will be defeated again this time, he said.

However, BPL MLA Vasudev Devnani said a “miracle” will happen when the results are announced in the evening. Our claim is still maintained.

You will see a miracle happening when the results are announced, Devnani told reporters in the assembly after casting vote. One candidate needs 41 votes to win.

The Congress, with its 108 MLAs, will have 26 surplus votes after winning two seats. It will require 15 votes to win the third seat.

The Congress, which has fielded Randeep Surjewala, Mukul Wasnik and Pramod Tiwari, claims the support of 126 MLAs, including 108 from the party itself.

Over 120 of the 200 MLAs of the Rajasthan assembly have already voted by 12 noon. Votes are being cast for the 5 candidates for 4 #RajyaSabha seats in Rajasthan.@NewIndianXpress#RajyaSabhaElections
— rajesh asnani (@asnaniraajesh) June 10, 2022
The party needs 123 MLAs to win three seats. The BJP has 71 MLAs in the state Assembly, enough to get one seat in the Rajya Sabha this time. After that, it will be left with 30 surplus votes.

The 30 surplus votes of the BJP and three of RLP (total 33) are with Chandra. He is short of eight MLAs to win the seat. Polling started at 9 am and will conclude by 4 pm. Counting of votes will be taken up at 5 pm.