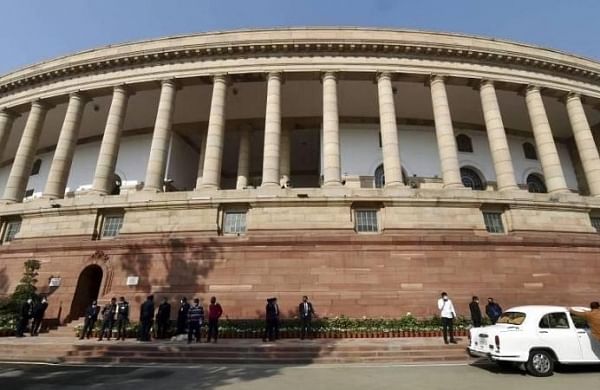 NEW DELHI: Rajya Sabha proceedings were adjourned for about 50 minutes till 12 noon on Monday amid protest by some opposition members soon after Chairman M Venkaiah Naidu called for the first Zero Hour mention.

After the listed papers were laid on the table in the House, Leader of Opposition and senior Congress MP Mallikarjun Kharge demanded a statement from the Home Minister on the Nagaland firing incident.

Naidu said it is a very serious issue, and he has spoken to the defence minister and the home minister on it.

The chairman said the home minister has informed that he will make a statement on the issue this afternoon.

As the Chairman called for the first Zero Hour (where matters are raised with the permission of the Chair) mention, some members wanted to raise their points.

Naidu tried to carry on with the Zero Hour, but the protest continued.

“The House is adjourned sacrificing Zero Hour, public issues because of some people are not cooperating,” he said, and adjourned the proceedings till 12 noon.

Leader of Opposition in the Rajya Sabha Mallikarjun Kharge and other Opposition MPs raised slogans in front of Gandhi statue in Parliament complex and demanded that the suspension of the MPs be revoked.

The 12 opposition MPs — six from the Congress, two each from the Trinamool Congress and Shiv Sena, and one each from the CPI and CPI(M) — were suspended from the Rajya Sabha last Monday for the entire Winter Session of Parliament for their “unruly” conduct in the previous session in August.

The 12 suspended MPs have been sitting in protest against their suspension, which they claim is against the rules.