Rajya Sabha: 50 speakers from 25 parties take part in debate on motion of thanks to Prez’s address

Motion of Thanks, Rajya Sabha 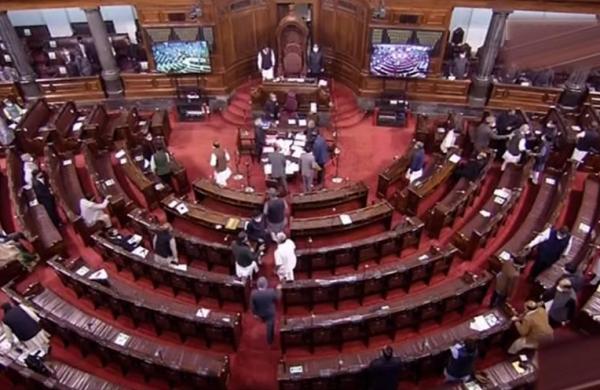 By ANI
NEW DELHI: The marathon debate in the Rajya Sabha on the motion of thanks to the President’s Address concluded on Friday with 50 speakers from 25 political parties taking part in the discussion which was spread over three days.

Officials said the discussion is one of the longest such debates with high participation of members.

Eighteen members from BJP, five of Congress and 27 from other parties participated in the debate for which nearly 15 hours had been allocated. Prime Minister Narendra Modi is likely to reply to the debate on Monday.

The government and opposition parties had agreed to extend the time for discussion on the motion of thanks to 15 hours.

Opposition parties were initially keen on a separate discussion on new farm laws but later agreed to proposal to have it as part of the discussion on the motion of thanks.