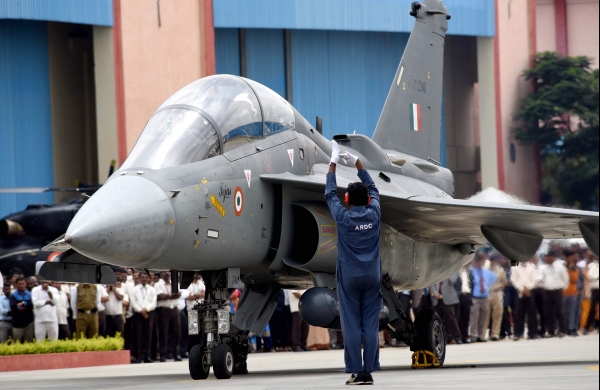 The event comes a day before the opening of the Aero India 2021, the country’s premier aerospace and Defence exhibition, commencing at Air Force Station Yelahanka here on Wednesday.

The delivery of the Tejas LCA to the Indian Air Force under a Rs 48,000-crore deal will begin from March 2024 and around 16 aircraft will be rolled out annually till the completion of the total supply of 83 jets, Chairman and Managing Director of Hindustan Aeronautics Limited R Madhavan said recently.

Madhavan had also said that a number of countries have shown keen interest in procurement of the Tejas aircraft and that the first export order is likely to come by in the next couple of years.