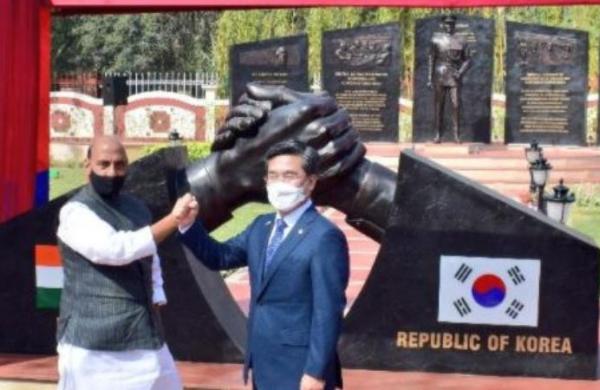 The park has been built to commemorate the contribution of Indian peacekeeping force during the Korean war of 1950-53, officials said.

The South Korean minister arrived in India on Thursday on a three-day visit with a focus on boosting bilateral defence and military cooperation.

South Korea has been a major supplier of weapons and military equipment to India.

In 2019, the two countries finalised a roadmap for cooperation in joint production of various land and naval systems.