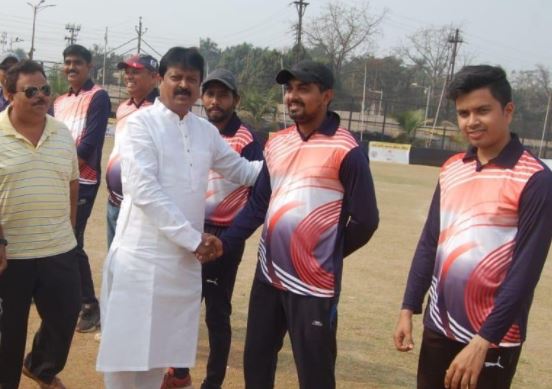 The team of Rajnandgaon has also reached the semi-finals of Kayastha Premier Cricket League. With this, Rajnandgaon Cricket Club became the third team to reach the semi-finals. A cricket competition has been organized for the youth of Kayastha society in memory of Late Shri Jagdish Prasad Shrivastava (Babuji).

Two matches were played on Thursday. The first match was played between Rajnandgaon Cricket Club and Happening XI, in which Happening XI batted first and scored 63 runs and their entire team was all out in 8.3 overs. Vikas Srivastava took two wickets for his team.