Rajiv Gandhi biography will be studied in Chhattisgarh, new map of Jammu and Kashmir added to the course 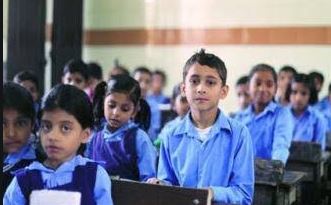 In Chhattisgarh, a new chapter in the biography of former Prime Minister Rajiv Gandhi has been added in Hindi of the seventh. Also, a new map of Kashmir has been added to the 9th book of social science, in which Leh-Ladakh will remain separate. Apart from this, for the first time such English words are being used in the books of CG Board Hindi Medium, which are in full circulation and are part of the common conversation. In the next session, the CG board will study with these changes.

The books of CG Board’s new education session have been sent for printing with these changes. In the seventh Hindi chapter based on former Prime Minister Rajiv Gandhi, his political journey and achievements have been included. According to academics, now Rajiv Gandhi is mentioned somewhere in the school books and there is little information. The detailed chapter is nowhere. However, it is believed to be the effect of political changes in the state.

Students of Hindi medium will also be able to use such English words in science and mathematics, which are technical or in practice. Educationists told that many words of Hindi are difficult in the books of mathematics and science of Hindi medium. Not only this, until reaching college, these words become meaningless, because technically only English words are used there. Therefore in Middle-High, such words have been taken in Science and Maths. Similarly, the new map of Jammu and Kashmir has also been included in Navami.