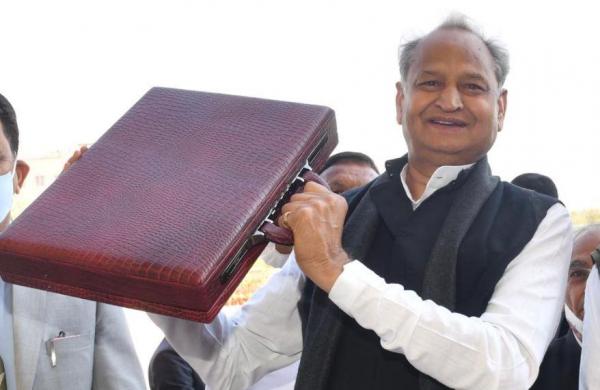 Express News Service
JAIPUR: Chief Minister Ashok Gehlot on Wednesday presented a “farmer-friendly” budget in the Rajasthan Assembly and announced that a separate ‘agriculture budget’ will be presented from next year.

In his budget speech, CM Gehlot listed a string of steps focused on providing big relief to farmers. He claimed that his government has waived off debts of over 20 lakh farmers amounting to Rs 8,000 crores. A total of over Rs 14,000 crore has already been spent on this, Gehlot said.

The CM further said that his government is committed to a ‘One Time Settlement Scheme’ to waive off commercial loans of farmers.

Gehlot said electricity bills for farmers would be sent only once in two months and the power connections would be specially provided to 50,000 farmers in the state. Over the next three years, an area of around 4.3 lakh hectares will be brought under the micro-irrigation sector. Automation will also be encouraged for which the budget is estimated at Rs 732 crores, the CM said.

Gehlot said as per the new budget, mega food parks with a cost of Rs 200 crore and 1,000 Kisan Service Centers will come up in various districts. Solar pumps will also be provided to 50,000 farmers, and agricultural mandis will be modernized. Also, a farmer complex will be built in Jodhpur.

Workers on MNREGA will get 200 days of employment instead of 100, Gehlot announced.

He remarked, “Gandhi ji had said that the rich must realize that the soul of India resides in farmers. Keeping that in mind, our government has announced many steps to benefit farmers. Given their anger with the Centre’s farm laws, we had passed our own bills a few months ago and sent them to the Governor. It is in that spirit that our government has now initiated several steps to ensure a better future for farmers.”

Gehlot’s budget also had a few special steps in the health sector. A Universal Health Care scheme worth Rs 3,500 crore will be started next year which will ensure universal health coverage. Under this scheme, every family in the state will get a medical insurance benefit of up to Rs 5 lakh. Gehlot said that a bill on ‘Right to Health’ will be introduced in the Assembly.