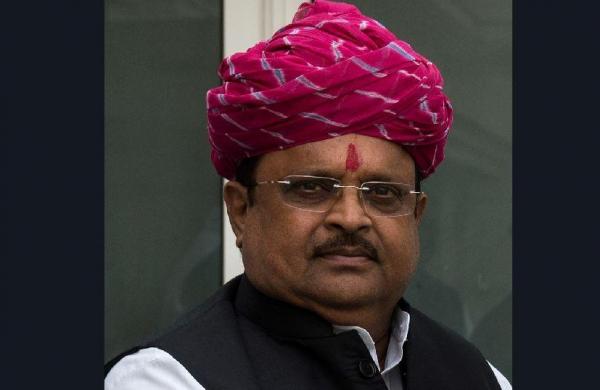 Express News Service
JAIPUR: The Rajasthan government on Tuesday accused the Centre of not giving Covid vaccine to Rajasthan on time saying that the state has less supply of vaccine and as a result, the pace of vaccination is slowing down.

Health Minister Raghu Sharma said Covid vaccination has been stopped in Rajasthan since Tuesday. The first round of doses has been discontinued due to the non-availability of the vaccine.

The Centre has rejected the state’s allegations. In a press briefing, the Union Government said that Rajasthan has not had any shortage of corona vaccines so far. The briefing further said that since January 16, when vaccination was started, 37.61 lakh doses have been made available to Rajasthan which has used only 24.28 lakh doses till March 8.

Sharma retorted saying, “We received 29.9 lakh vaccines, out of which we have given 2.15 lakh doses to the Army jawans. About 21-22 lakh people have been vaccinated so far. One lakh vaccines were wasted. We do not have any vaccine left now. I told Dr. Pal, a member of the NITI Aayog, that we have the vaccine only till Tuesday.”

He further added, “I also spoke to the Union Health Minister Dr. Harsh Vardhan. Our Chief Secretary wrote a letter to the Cabinet Secretary. Yesterday, Chief Minister Ashok Gehlot himself spoke to Dr. Pal. Today, we have the vaccines for the second round of doses to the people in our state. “He also said that for Rajasthan, the Central Government has identified about 67 lakh beneficiaries for the second phase. This requires a total of 1.50 crore doses.

Dr. Sharma also accused the Central Government of slowing down the pace of vaccination. He said that when Rajasthan asked for more vaccine doses from the central government saying otherwise it would slow down the pace of vaccination. He told the reporters, “We have demanded that 60 lakh doses be made available to us by May so that our campaign does not slow down and all the beneficiaries can be vaccinated on time.”

Before Rajasthan, Maharashtra, Punjab, and West Bengal had also raised questions about the modalities of Covid vaccination by the Central government. According to the Union Health Ministry, every state is being supplied the vaccine according to the quota and the system will continue in the future too.