Rajasthan Royals team out of tournament after losing to Kolkata 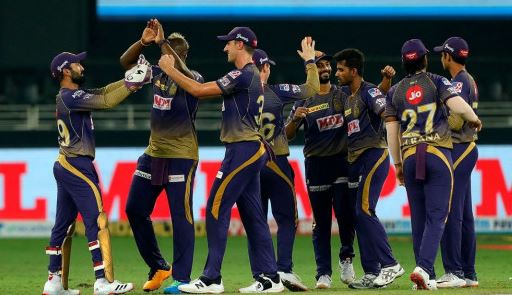 Pat Cummins’ stormy bowling after skipper Eoin Morgan’s resurgent innings has kept the Kolkata Knight Riders alive in the Indian Premier League by defeating Rajasthan Royals by 60 runs in a one-sided match of Do or Die on Sunday.

At the same time, after this defeat, the Rajasthan Royals team has been eliminated from the tournament. Chasing Kolkata’s 192-run target, the Royals scored 131 for nine in front of Cummins’ four for 34, Shivam Mavi’s two for 15 and Varun Chakraborty’s two for 20. Could.

For Royals, Jos Buttler was able to bat with 35 runs and Rahul Tewatia 31 runs. Knight Riders scored 191 for seven off Morgan’s 35-ball unbeaten 68 with the help of six sixes and five fours.

Rahul Tripathi scored 39 runs and Shubman Gill scored 36 runs. Both batsmen provided a great platform for the team by adding 72 runs for the second wicket. The Knight Riders batsmen batted hard in the end, helping the team add 91 runs in the final seven overs. Before this match, the team of Knight Riders, running in eighth and final place, has reached fourth place with 14 points in 14 matches.

The Royals team could score only 12 points in 14 matches. Chasing 1 goal, the Royals team started very poorly. Cummins had Robin Uthappa 6 runs in the first over, caught by Kamlesh Nagarkoti, while in his next over, wicketkeeper Dinesh Karthik caught Ben Stokes for 18 runs. Cummins bowled the Royals for 4 in the third over, giving the opposing team captain Steve Smith a bold 4.