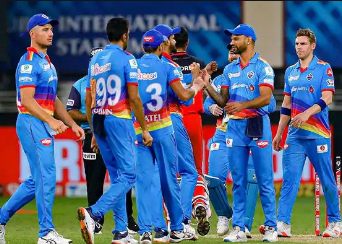 The 23rd match of the 13th season of IPL will be played between Rajasthan Royals (RR) and Delhi Capitals (DC) in Sharjah today. After losing 3 consecutive matches, Rajasthan would like to come back on the winning track. Rajasthan has played 5 matches so far in the season. The 2 matches he has won were played in Sharjah. Rajasthan had scored 200+ in both. On the other hand, Delhi would like to win this match and come on top in the points table.

Talking about the last 5 matches played between the two teams, Delhi has won 3 and Rajasthan have won 2 matches. Last season, 2 matches were played between Delhi and Rajasthan, both times Delhi defeated Rajasthan. Delhi batsmen and bowlers are in excellent form. Opener Prithvi Shaw and Shikhar Dhawan are giving the team a good start. After this, captain Shreyas Iyer, Rishabh Pant and Marcus Stoinis are also batting aggressively. At the same time, Kagiso Rabada, Enrich Nortje, Ravichandran Ashwin and Akshar Patel are also in excellent form in bowling.